This guide is for physical HIPS EMV test cards only!

Have you entered and invalid PIN 3 times and blocked the card application? Of have you done too many offline purchases without possibility to go online and need to reset the card limits? Then you need to reset the Hips Test card manually.

The purpose of the CardReset application is to enable you to perform an online authorization on the cards, which resets a card’s offline counters, and to issue a PIN Unblock script, which re-activates offline PIN presentation on cards where the PIN was blocked.

The CardReset application should not be used with live, production bank cards, as such use can lead to the card being blocked or to the issuing bank identifying fraud attempts.

The application should be run on a PC. This document shows how to install it and run it on a Windows 10 PC, but you should be able to do the same thing with a different version of Windows. The source script is available on request for users of different operating systems, such as Linux.

Installation on a Windows system is straight-forward:

Installation on a different operating system

Installation on a different operating system, such as Linux, requires to execute the Python script, which has a few prerequisite steps:

The application recognizes the card being inserted and acts accordingly. The process is the same for all the cards.

This opens a Command Prompt and runs a full, online transaction on the card.

The application should take no more than 10 seconds to complete. When it is completed, you will be notified and prompted to press the Enter key to close it. 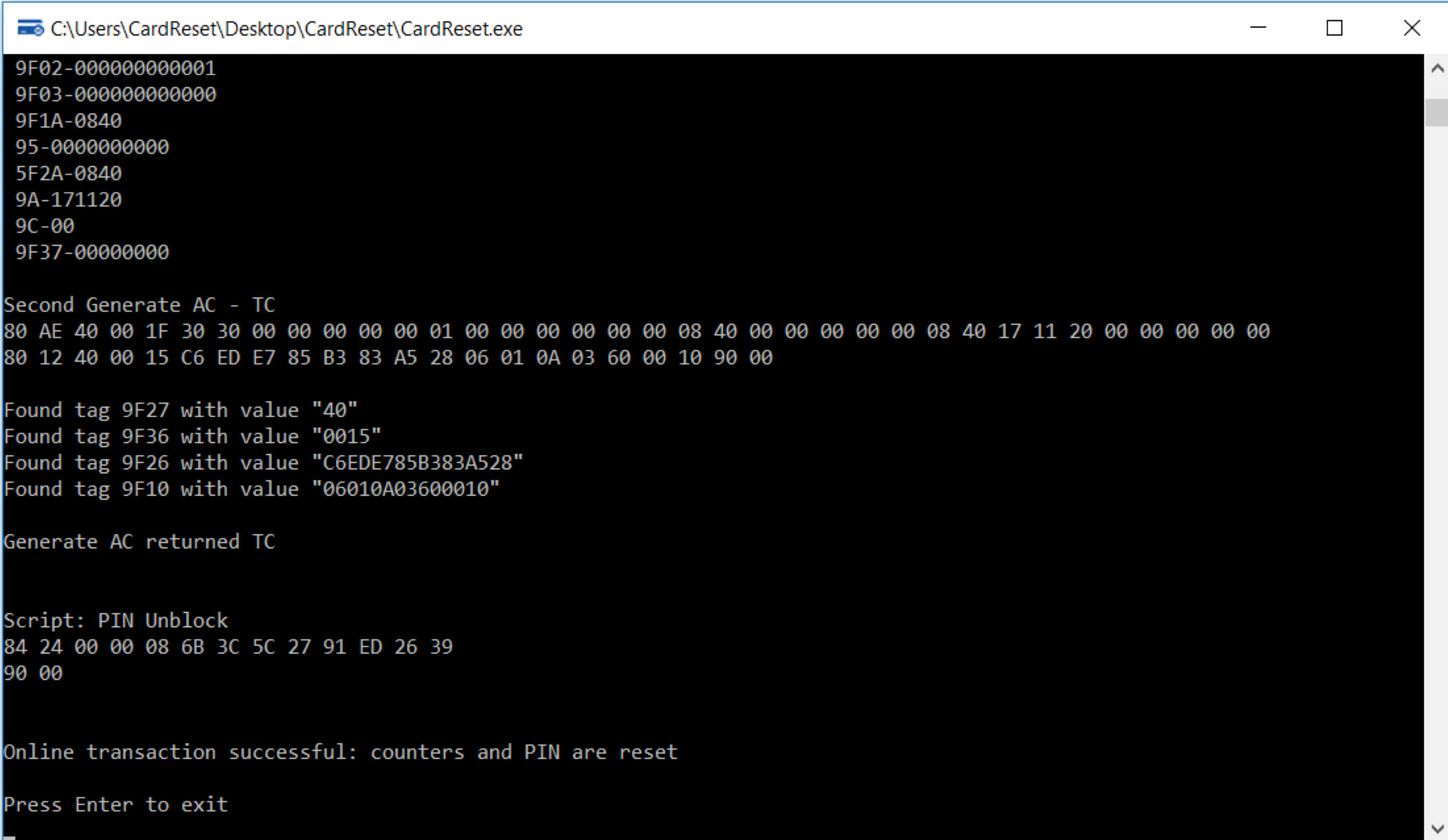 The card can be used for transactions right away.
You can repeat the process for each card that needs resetting.